In the coming days – until the launch of the crowdfunding-campaign I would like to explain you how the artwork of the graphic-novel is developed. As the example I use our pilot-episode.

The first panel of a comic often is used for several important purposes: It has to explain the reader where the story happens – on a time-scale as well as geographically. It has to set the mood for the following pictures and often the acting characters enter the stage. And if you want to pack everything into it, you lay out some storyteller’s bait to lure the reader into the story.

Especially at this important point you have to consider all relevant aspects regarding composition, design and illustration.

Those aspects are important for all other drawings of the comic as well, but especially if you start your story with a really large picture – the so called “establishing shot” – they play an important role. In the following panels you are often only working with parts of them.

In this and the following three parts of this short series I am going to address all aspects. The reason for this is that we are going to work with short-stories of round about 6 pages in “Großväterland”. That means the storytelling is more condensed as if you were telling one complete story in 32 or more pages. The establishing shot is a good way to get right to the point. 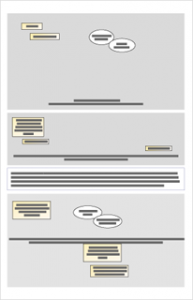 Most of the time I am author and illustrator in personal-union, so I often work really intuitiv and keep the visual layout in mind as well as the content. But as “Großväterland” is a collaborative project and its content and structure has to be coordinated with Alex Kahl and Christian Hardinghaus. So I came up with a way how I can visualize the page-strucutre and the contents without the need to draw even one line. I call this “visual scripting” as I combine the classical comic script with the panel layout. In Adobe Indesign I built a panel structure within my page layout, describe the content of the picture and add some early textboxes and speechbubbles.  You can see an example in the picture on the right. For me it is a great help as I can see later on at which position I spare some space in the drawing.

This is how it will look like in the first panel of “Großväterland”: 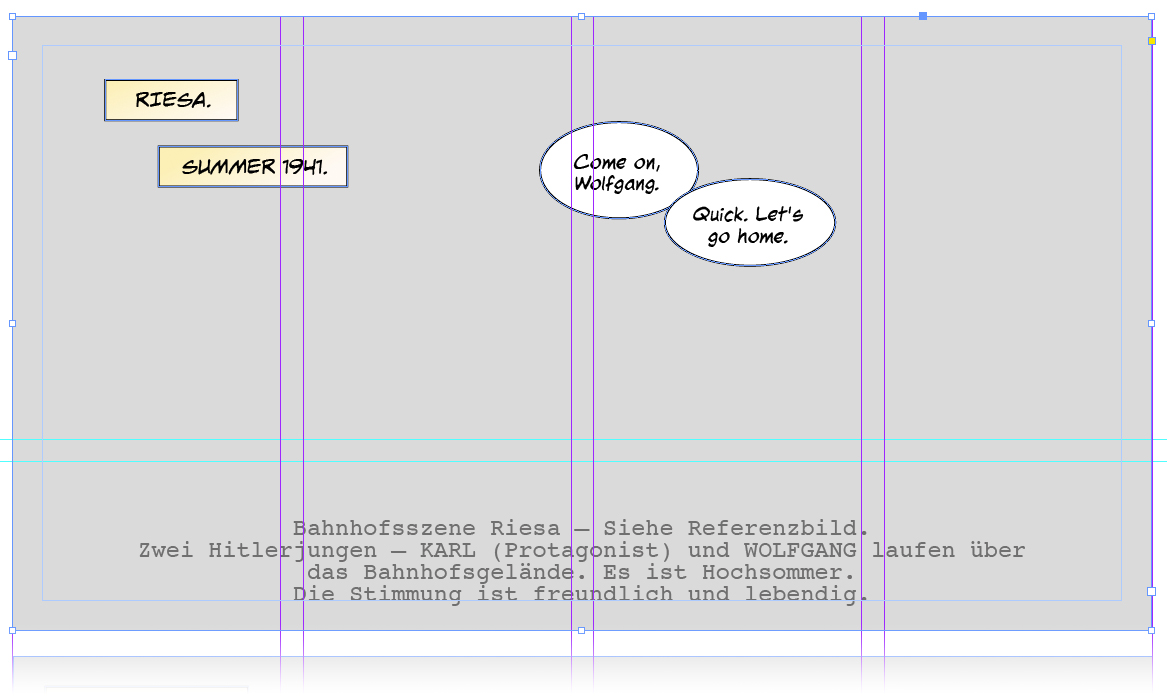 Place (Riesa) und Time (Summer 1941) are established via textboxes. Although the concrete date for the plot of this first episode is already fix, we are not going to spoil it here. I just want to show you, who the mood was in summer 1941 in Germany: Pretty good.

All the campaigns and conquering of the Wehrmacht were successful. With much less losses in comparison to the horrible bloodbaths a lot of people could remember from World War I that just was 23 ago. (Do you still know where you were 1991? What you were doing then? Yes. 1918 was for people in 1941 what 1991 is for us in 2014. – Just to set this in perspective and help you to get your head around it.)
There was something like a good reason for feeling invincible somehow. Especially if you grew up in a time in that the two “Hitler-Boys” Karl and his friend Wolfgang (Hitlerjugend was the youth-organization in the Third Reich in which 98% of the German youth was in). Their story will be told in the first episode.

The front of the war was far from home. The people in Germany back then, at this fateful day of World War II, didn’t know neither expect that from then on everything was going to change. So the reader shouldn’t know either. And Karl’s going to say: “We had a great time.”

You can’t do it without references

A very important part of our work shows up in the short-description of the panel: The clue for a reference-picture. As a matter of fact we depend on a lot of historical reference material for the visuals. We use classical sources as books or photographies as well as museum. Especially the web is a real treasure-chest for picture- and info-material. 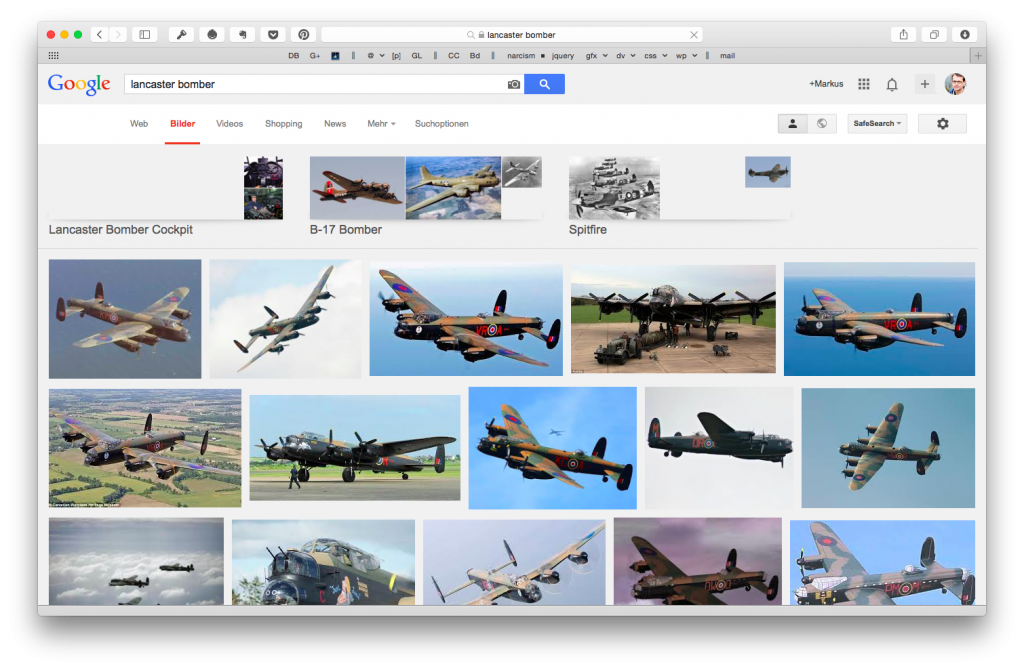 For our establishing shots we are pretty lucky: We found a great historical photography of the trainstation in Riesa. Therefor I chose to point it out so particular in the panel.

Ok. More of that you can read in the next article that will be published on friady, October 24th.

If you don’t want to miss a new posting about “Großväterland” follow us in the social networks (upper right corner) or subscribe for our mailing-list.