One aspect we though about a lot was: How do we handle the brutality of war. Is it necessary to show the gore and death our witnesses were confronted with in every detail?

We decided to not go this way. Here are some reasons:

As I am a fan of Jaques Tardi and his comics about WWI, the great war, I was tempted as an illustrator to follow in his footsteps. Tardi is not mincing his words. Read this article on nybooks.com about his books. 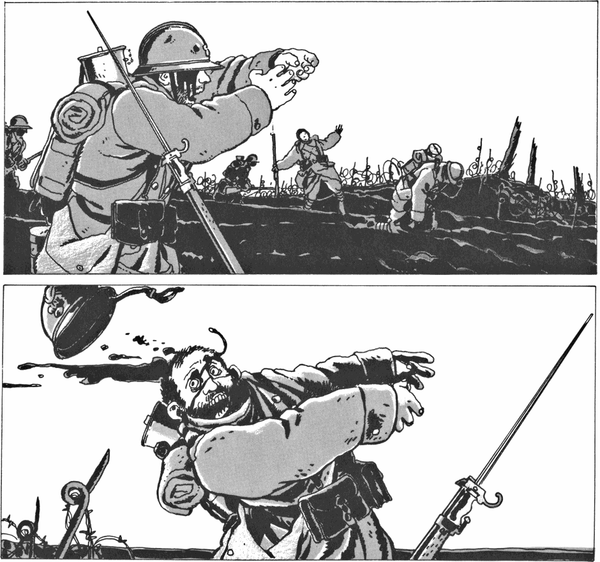 From Tardi, It Was the War of the Trenches

But Tardi’s style and his abstraction itself is putting an interesting layer between what really happened and the reader. This takes away enough of the horror, without neglecting it. My style instead is clearer and more detailed. This would become to graphic.

Let me show you two examples. Some weeks ago we published the first page of our storyline Rolf. I drew the first pages of Rolf before we had this discussion. In this first panel we see a shot down british bomber pilot.

Here is he version we published:

It was this image and some comment from outside of the project, which lead us to the point to rethink the aspect of brutality and gore. Soon enough we were sure that our stories were meant to tell something that’s apart from this graphic violence. They need to tell of the errancies and circumstances they reported. Because one thing is for sure: None of our witnesses told us about injuries and mutilations. They spoke about grief, suffering and despair. The focus was always on what they felt and thought. How they got into trouble und managed to survive.

Alone by showing the absurdity and surreality of the incidents Großväterland is avoiding and glorification of war. It doesn’t need any visual amplification.

So we revamped this first panel. Together with the panel following, in which we see some Hitlerjungs on the shot down Avro Lancaster everything we wanted to say is said.

Another example can be seen in this two sketches. In the first a german Flak – anti aircraft gun – is hit by an american Sherman tank. Both soldiers are torn to pieces. We even see an eye splashing out of the shattered head of the soldier in front.

The second sketch shows a Feldwebel (Sergeant)  who is victim of friendly fire. He survived, but lost his right leg, as Rolf told us. 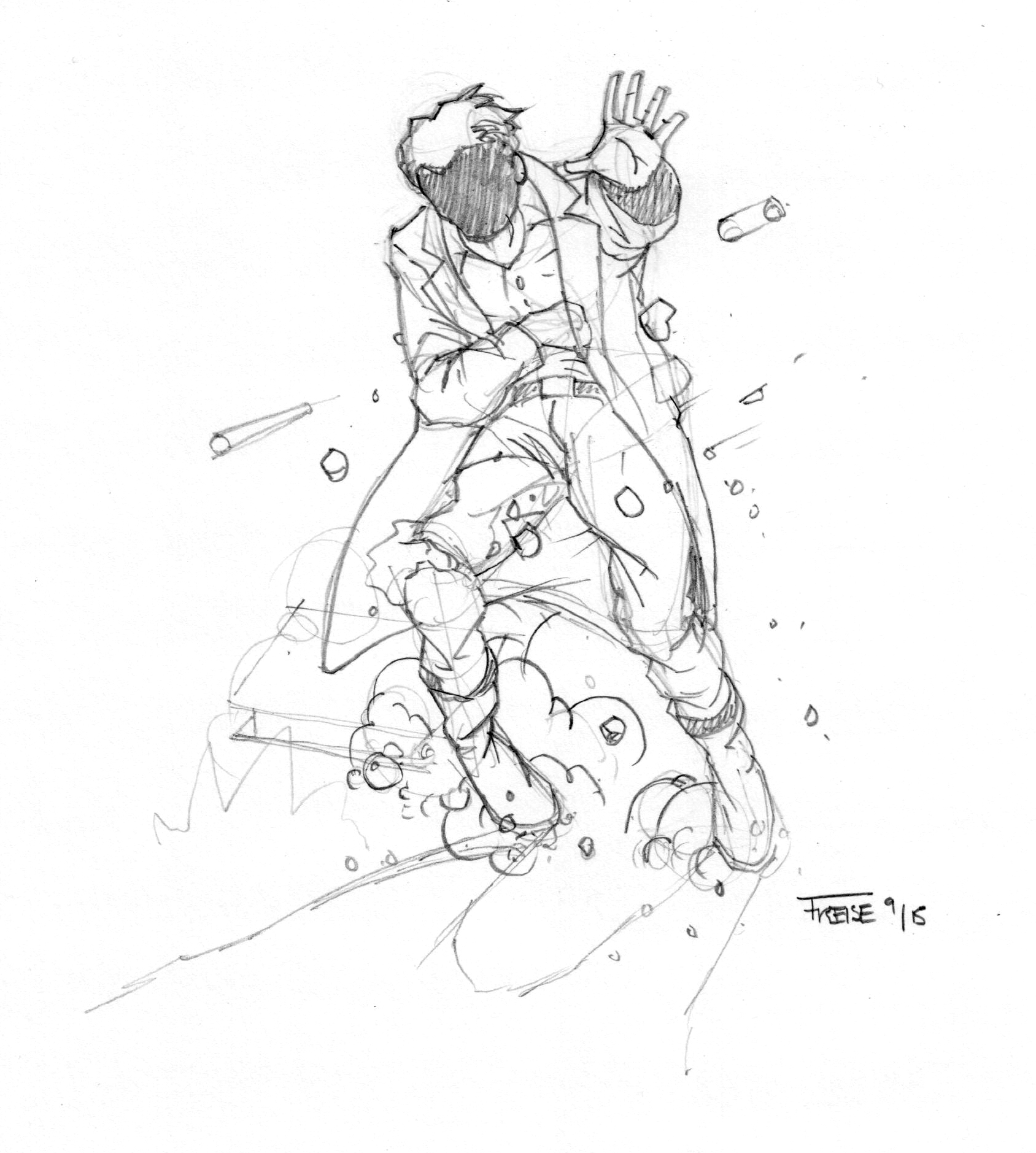 The first drawing didn’t make it into the comic, the second one did. Because in the context of the flow the story has got it’s not only sufficient what is shown, but fits perfectly. We don’t want to tell to much, because we would have to show you more than we like to. But showing the Feldwebel being also torn apart – or his leg being ripped from body – would pull the reader out of the story. We can reveal this much: Rolfs comment on what happens to the Feldwebel is so strong in itself, everything distracting from his words would take to much away.

So much about this. If you’ve got any questions please write an email to info@grossvaterland.de. Next week Christian Hardinghaus is gonna tell you about visiting a german D-Day veteran.

Have a peaceful week. Take care.