This month it’s about one year since we had the idea to make Großväterland. It was born out of a chat I had with my mother about my own grandfathers role in the Wehrmacht. As he died in 1974 in a motorbike accident I never had the chance to ask him myself.

At first we presented Großväterland as a rough concept it now has become more than just a „project“. So we would like to take the opportunity to give a quick update of where we are, what to expect and what I personally took away from it all at this point.

But what Großväterland gave to us the most and what can be seen as a first résumé is this: Due to the direct and personal contact with our witnesses – be it the war widows, the Trümmerfrauen or the soldiers who fought on the frontline, we were able to get a unique view onto WW2 and the Third Reich. We were told stories we never heard of before and which never made their way into the history books and schools. Even our academic historian Christian often times was shocked by what he had to hear. Upfront many feared, Großväterland could put the learned reality about what happened in WW2, and what we as Germans had to accept as nothing less but as shameful legacy, into a wrong perspective. But it is different: These unfiltered and gruesome stories about human suffering we had to hear added a new and horrifying layer to what we already knew. Abstract events like the battle in Stalingrad or the Ruhrkessel became something very human and tangible. An experience we are glad we made, as it contributes to our concept of not telling the story of WW2 but stories of war.

We’d like to wrap things up for today and get back to our desks. We are happy to tell you that there’s gonna be another teaser image coming up. We don’t want to give up to disclose to much for now, but let us reveal this: the destination is gonna be Stalingrad. 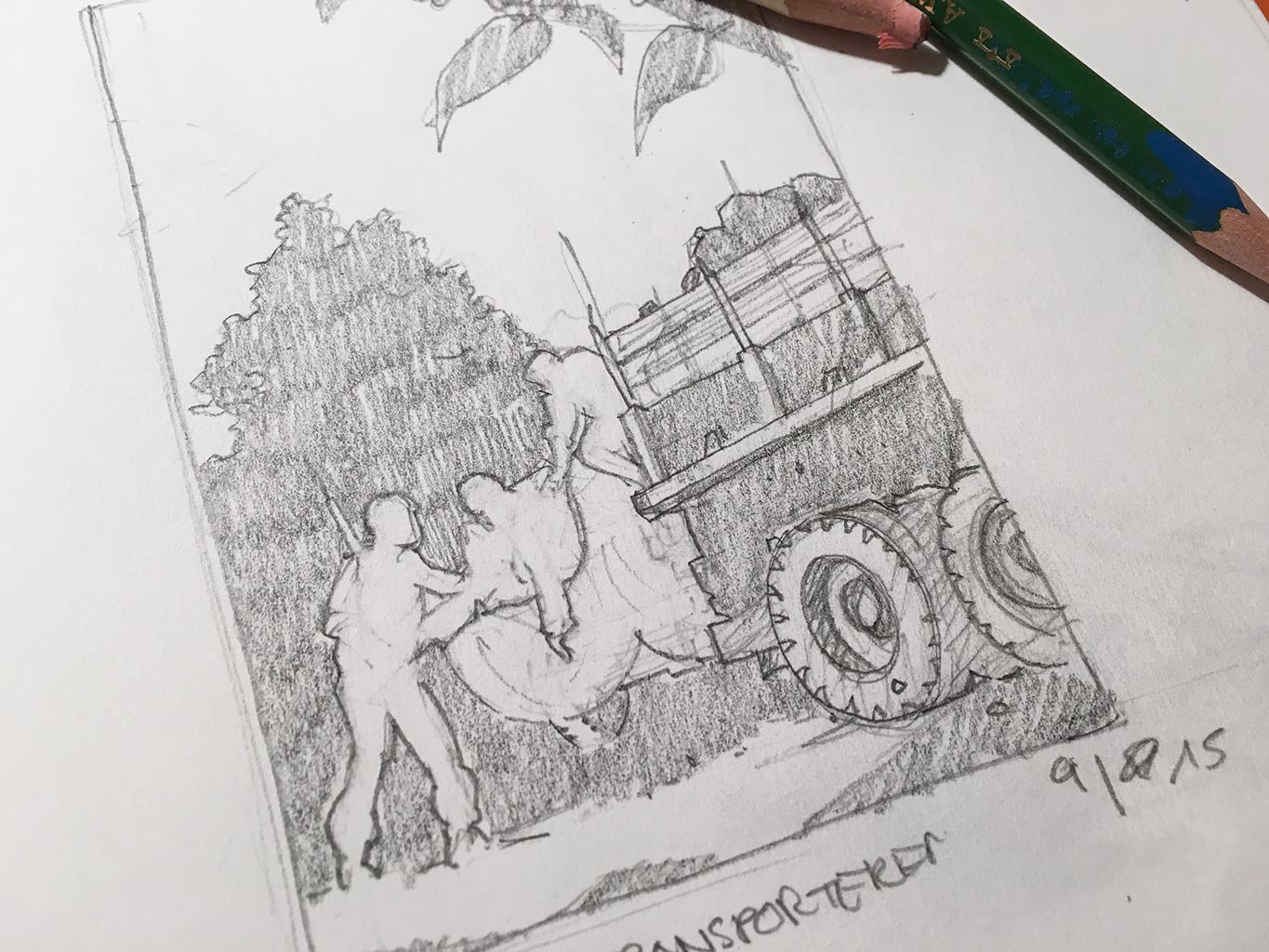