During my visit in Berlin I spent a whole day with Ernst (87). In 1944 he was enlisted as a Flak soldier into the Wehrmacht, being just 16 years old.

Ernst is the last who can tell us about these last days from April 28th to May 1st 1945, which did cost a lot of lives – once again. While the SS defended the left wing of the Reichstag, a splinter group of soldiers from the Wehrmacht, Volkssturm and Hitlerjungen held the right wing. Though the russians had the area encircled. 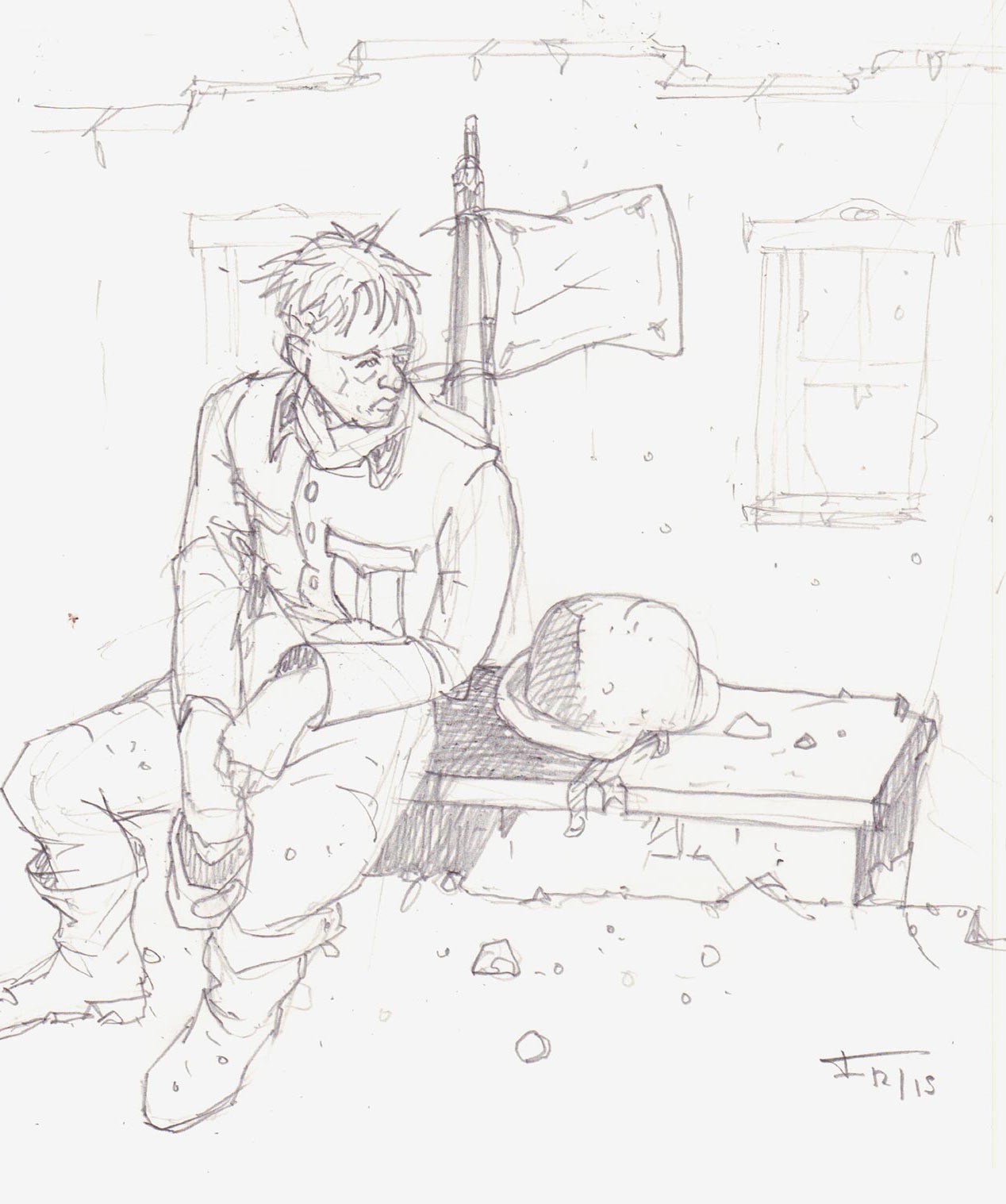 As Ernst reached some paratroopers who were trapped in the Innenministerium, to bring them food and ammunition, he came just in time. A russian tank (T-34) had spotted the group und aimed directly at the basement, where the troopers were hiding. Ernst and his comrades took the Panzerfaust und destroyed the tank just seconds before the would have been hit.

“I will never forget the screaming of the burning russian soldiers in the tank. As the commander opened the latch to get out, burning, I had no choice. I shot him.”

After Hitler shot himself on April 30th everybody understood: This was the end. Many german soldiers got drunk and committed suicide. Ernst ran, not knowing what to do, into Berlin Tiergarten, the local zoo. It was deserted.

“All around in the city there was shooting and intense fighting. But right in the center, in the Tiergarten, there was no one. It felt like being in the eye of the cyclone.”

A deception: Two russian snipers had him in their sights. But they missed. Ernst to a hand grenade and threw it into the crater.

What followed changed his life forever. But we don’t want to take to much away at this point. You will find the story of Ernst in the graphic novel and a short preview in the coming weeks. 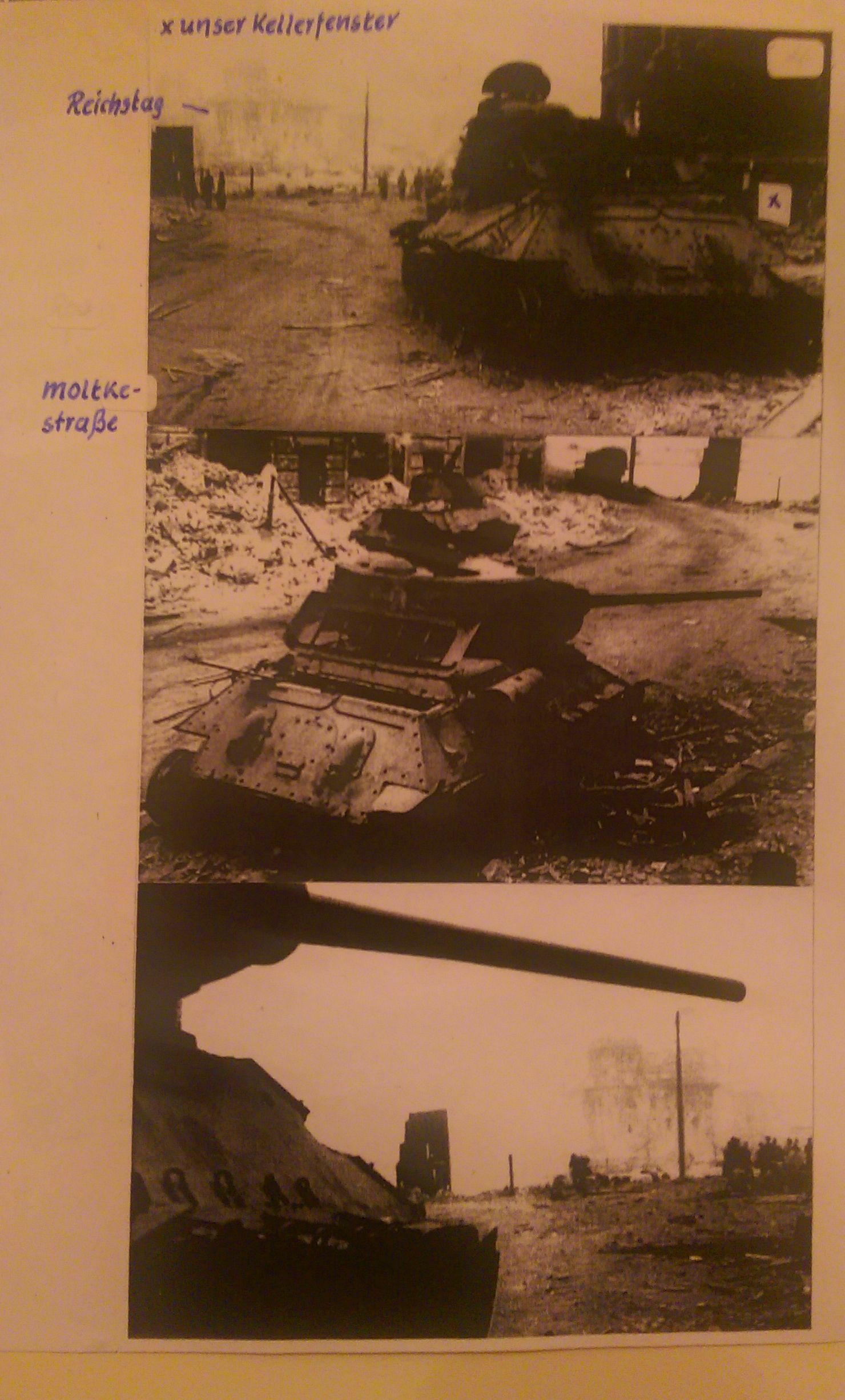 The tank, destroyed by Ernst and his comrades. 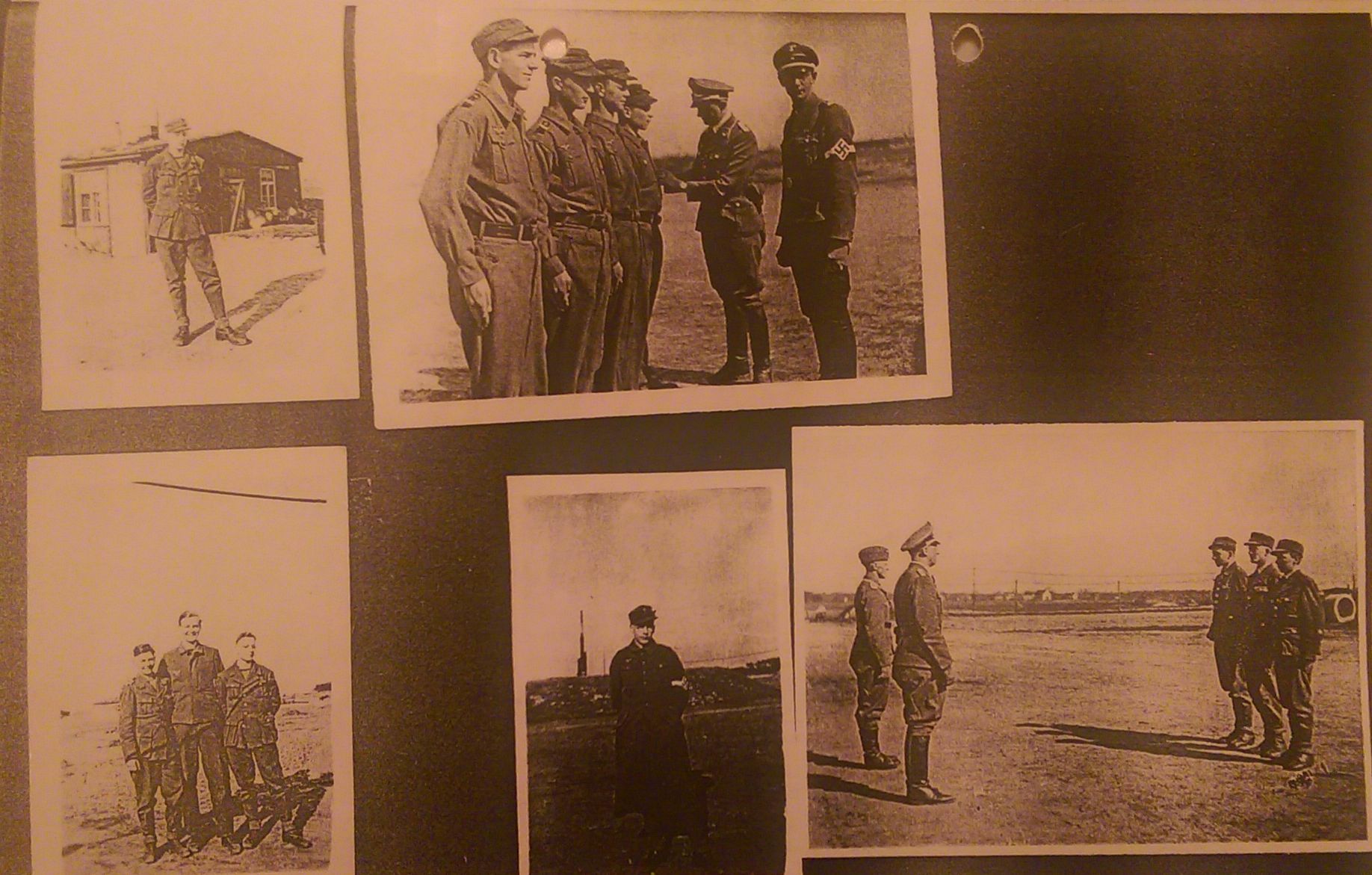 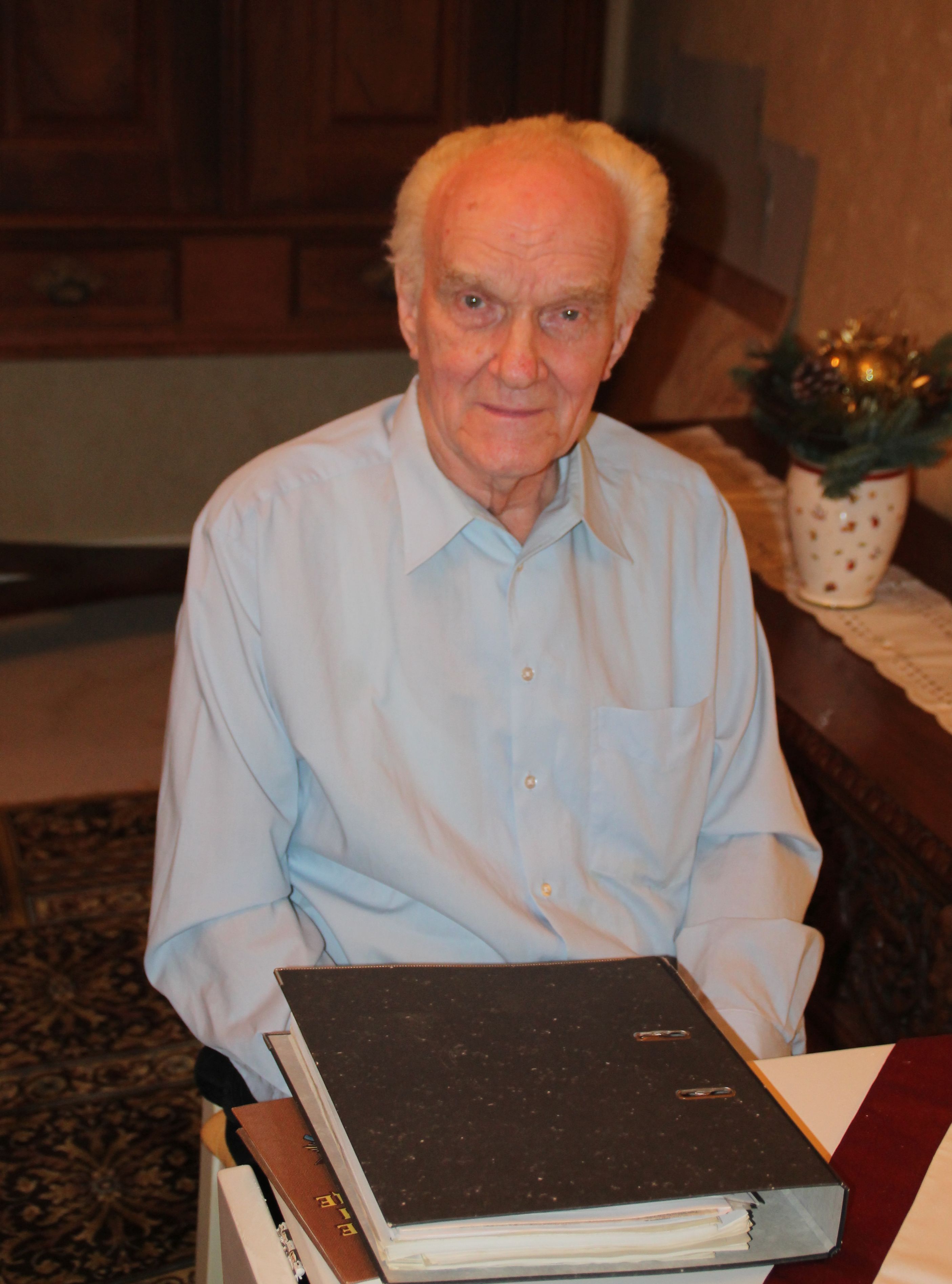 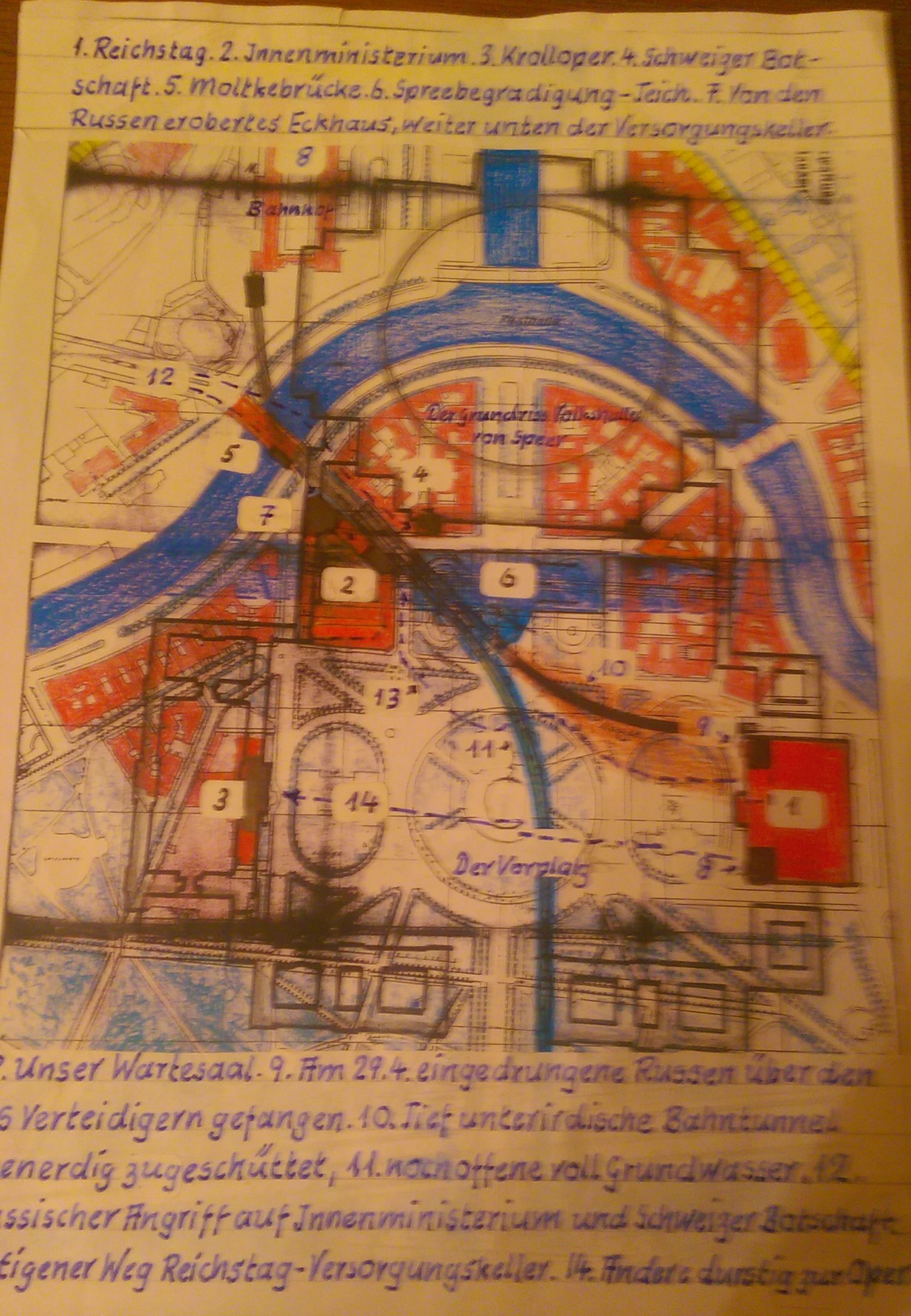